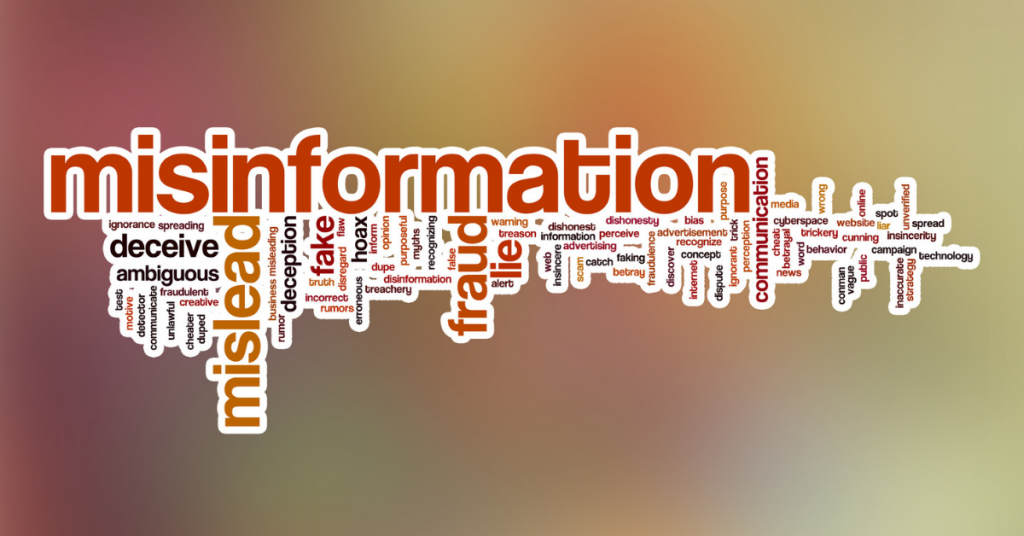 A report [1] published by INSIGHT UK today reveals that pupils leave school with an incorrect and sparse understanding of Hinduism. INSIGHT UK is an organisation that aims to address the concerns of the British Hindu and British Indian communities.
The document titled “A report on the state of Hinduism in Religious Education in UK schools, includes claims of bullying and inferiority complex issues experienced by British Hindus because of the inaccurate teaching of Hinduism in RE.
It states some disturbing findings, including parents highlighting misinformation spread by UK schools, for example linking gender disparity in education in India to Hinduism and linking social issues from South Asia to Hinduism. A teaching book even suggested that Hindus were turning to terrorism.
The report also provides evidence that the subject is not available for most students taking GCSE exams, despite Hindus being the third-largest religious group in the UK. The project by INSIGHT UK was supported and guided by major Hindu organisations in the UK. Asmita Bhudia, a Hinduism Tutor and School Teacher, says, “The choice is taken away from pupils and parents to accurately study Hinduism in many UK schools”.
INSIGHT UK carried out consultations and research with SACRE members, academics, teachers, and parents followed by a national survey, which is being described as one of the most successful Hindu surveys in the UK in terms of responses and coverage.
Data captured showed that the majority of British Hindus were dissatisfied with the teaching of Hinduism in UK schools and unhappy with teachers’ knowledge of the subject. The report mentions that as a result, students in the UK schools are being deprived of the correct knowledge of Hinduism and hence of a true worldview.
Recent research has claimed many schools were breaking the law when it comes to RE [2]. This comes at a time when Hindus have faced attacks for practising their faith [3].
This project of INSIGHT UK was supported and guided by the following major Hindu organisations in the country:
[1] https://insightuk.org/hinduism-in-re
[2] https://www.bbc.co.uk/news/education-41282330
[3] https://www.facebook.com/76807881169/posts/10158944283001170
MEDIA LINKS
https://www.insightuk.org
https://twitter.com/INSIGHTUK2
https://www.instagram.com/insightuk2/
https://www.facebook.com/InsightUKTeam 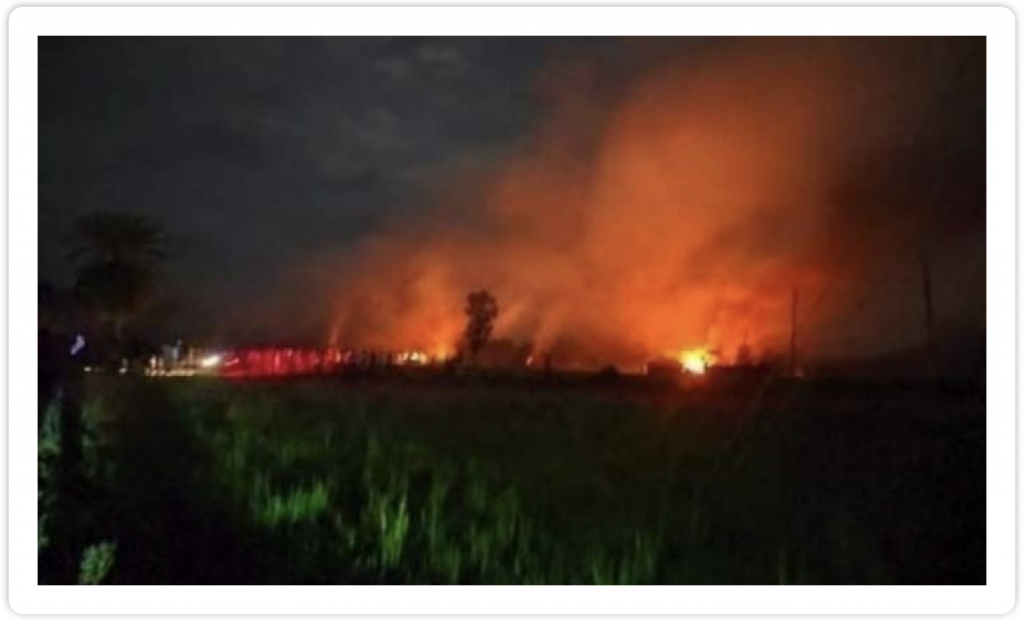 Terrible story of the Hindus in Bangladesh, which began with the 1947 genocide and reached a pinnacle during the Bangladesh Liberation War, when about three million (3,000,000) Hindus were slaughtered in one of the century’s largest genocides, continues to this day.

Over the years, countless Hindu shops have been plundered, businessmen have been killed, land belonging to Hindus has been forcefully occupied, temples have been damaged, and idols have been destroyed. Targeted killings of men, abduction of girls and women with an intent to rape and murder has been a principal tactic of fundamental Islamists that primarily belong to the Jamaat-e-Islami Bangladesh and other radical Islamists, jihadi groups, political parties and associations active in the region. As a result, thousands of Hindu families have been forced to flee the nation. 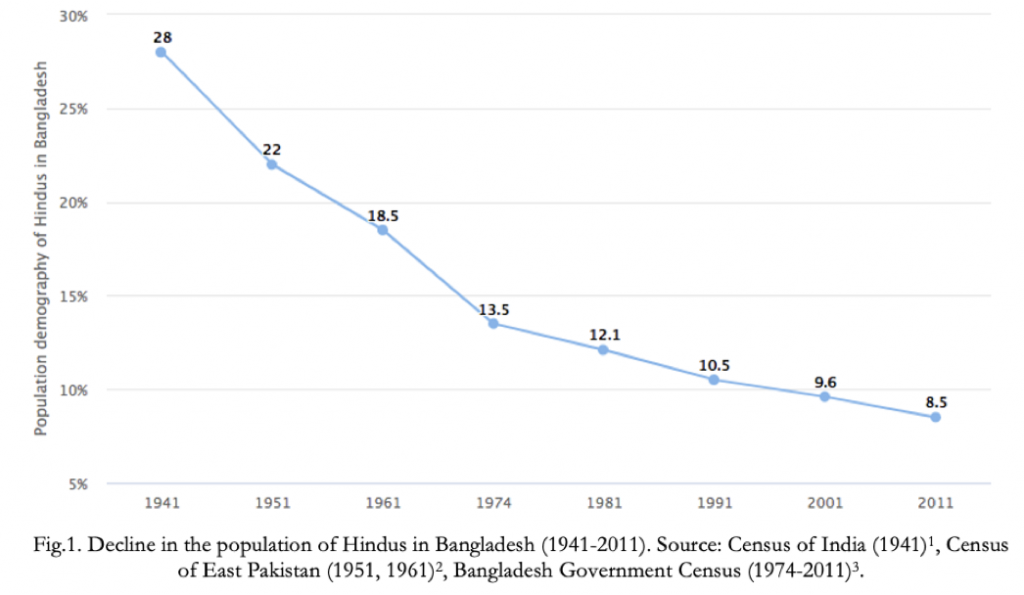 Over the previous seventy years, the number of Hindus in Bangladesh has been steadily declining. Figure 1 depicts Bangladeshi population demography trends based on data from the Ministry of Planning and the Bureau of Statistics.

Islamic indoctrination and radicalization in Bangladesh have been a constant source of worry for minorities in the country. From the records of the Council, several Hindu families were falsely accused of insulting Islam, resulting in looting and plundering of their shops and households.  Two notable examples of jihadi violence on the basis of made-up blasphemy accusations were in Brahmanbaria (2016) and Thakurpara (2017). The law-and-order agencies of the country have repeatedly failed to take requisite measures to bring peace and stability, indicating their appeasement of the majority Islamic community.

As per data from the Bangladesh Jatiya Hindu Mohajote’s annual report released in 2020, the following figures detailing the atrocities against Hindus in the country have been obtained: 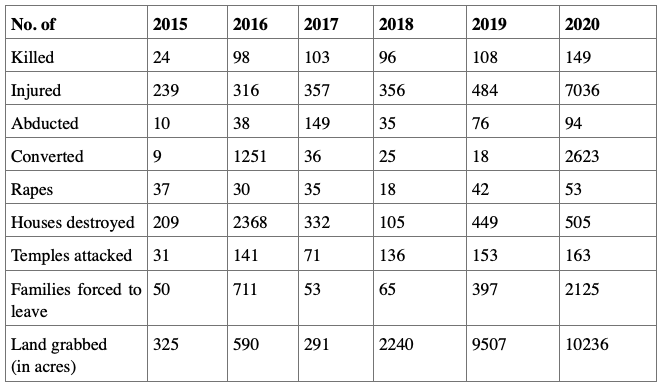 Similarly, recent Anti-Hindu violence in Bangladesh by Islamic mobs (primarily Jamaat-e-Islami Bangladesh members) started on Wednesday, October 13, 2021. This was just hours after falsified images of a copy of the Quran in the lap of Lord Hanuman’s idol at a Durga Puja pandal in Comilla district were circulated over the Internet by Jamaat-e-Islami members.

Subsequently, Muslim mobs stormed the pandal, accusing Hindus of blasphemy, setting off a chain of pre-planned attacks on pandals and temples across Bangladesh.

Cumilla, Chittagong division of Bangladesh
Radical Islamists entered the Nanuar Dighir Par Durga Mandir in Cumilla district of Bangladesh and placed a copy of the Quran in the lap of Lord Hanuman’s idol.

Shibu Prasad Dutta, the general secretary of Cumilla Mahanagar Puja Udjapon Committee. Someone planted a copy of the Quran at a Durga Puja when the guards were sleeping.

A district official stated that these individuals took photos of the scene before fleeing. He alluded to the Bangladesh Nationalist Party (BNP) and Jamaat-e-Islam playing a part. 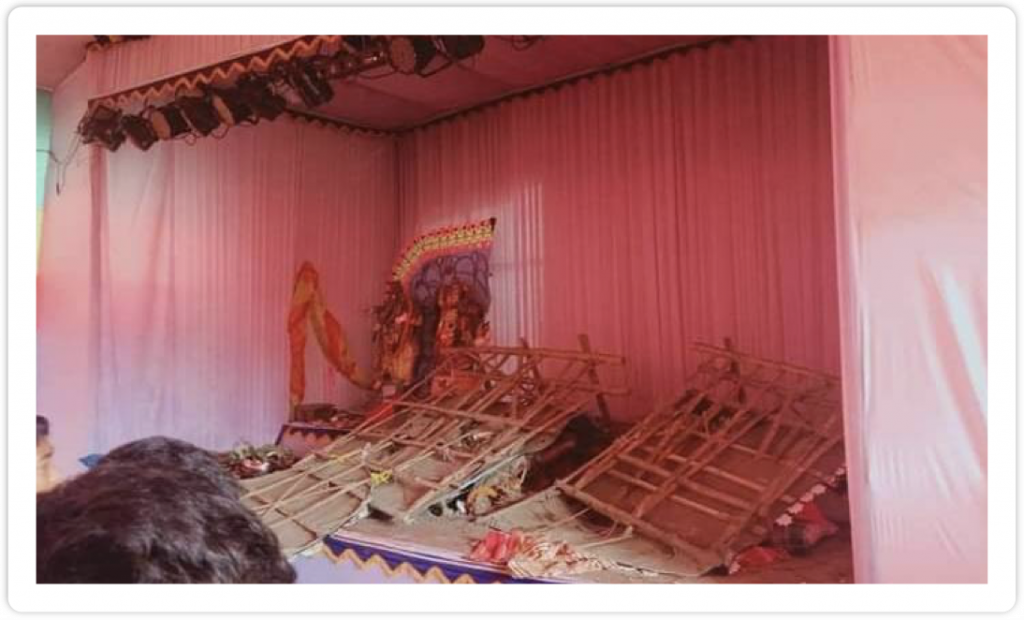 Lakshmipur, Chittagong division of Bangladesh
A group of Islamists attacked two temples in Lakshmipur’s Ramgati and Ramganj upazilas during the night in a series of well-coordinated attacks.

Noakhali, Chittagong division of Bangladesh
At about 9 P.M. in the night, a group of Islamists vandalised a puja mandap in Hatia upazila in Noakhali. 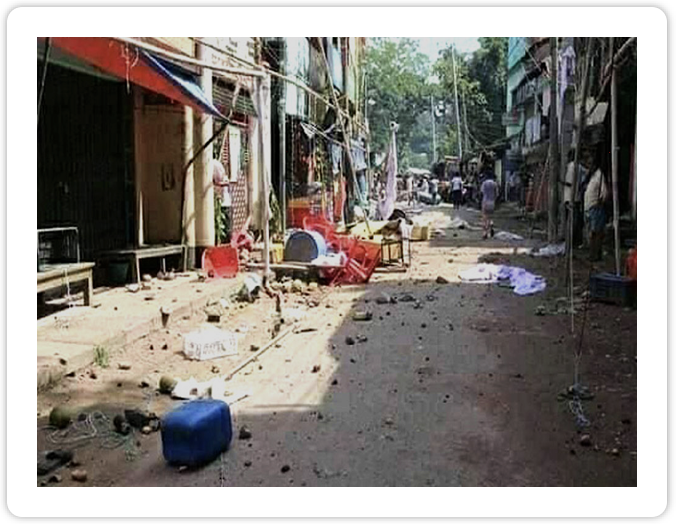 Khulna, Khulna division of Bangladesh
At around 7:00 p.m. local time. Bangladesh’s Rapid Action Battalion (RAB) and Bomb Disposal Unit (BDU) retrieved 18 crude bombs from the main gate of Rupsa Maha Shashan, which contains a Kali temple. The law enforcement agencies are still investigating the source of the crude bombs. General public is hinting towards the role of fundamentalist jihadi groups in making and supplying the bombs. 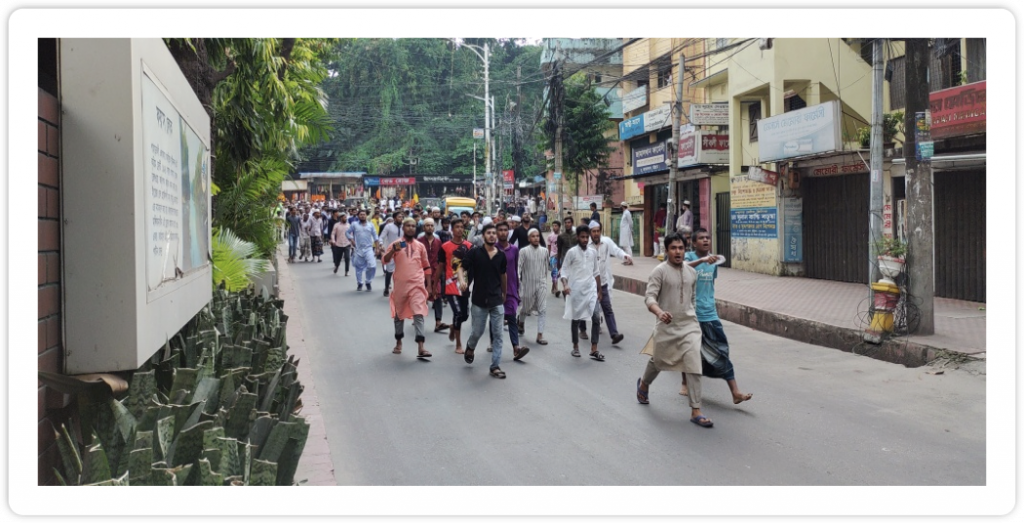 Bandarban, Chittagong division of Bangladesh
In a morning attack on peaceful Hindu devotees. Islamists mobs stormed the Central Hari Mandir in Bandarban’s Lama upazila in, resulting in a violence and destruction of Hindu property.  When the police intervened to save the Hindu devotees the violent mob. Around 50 rioters and police personnel were injured in the attack. The injured also  including the Lama police officer in charge. 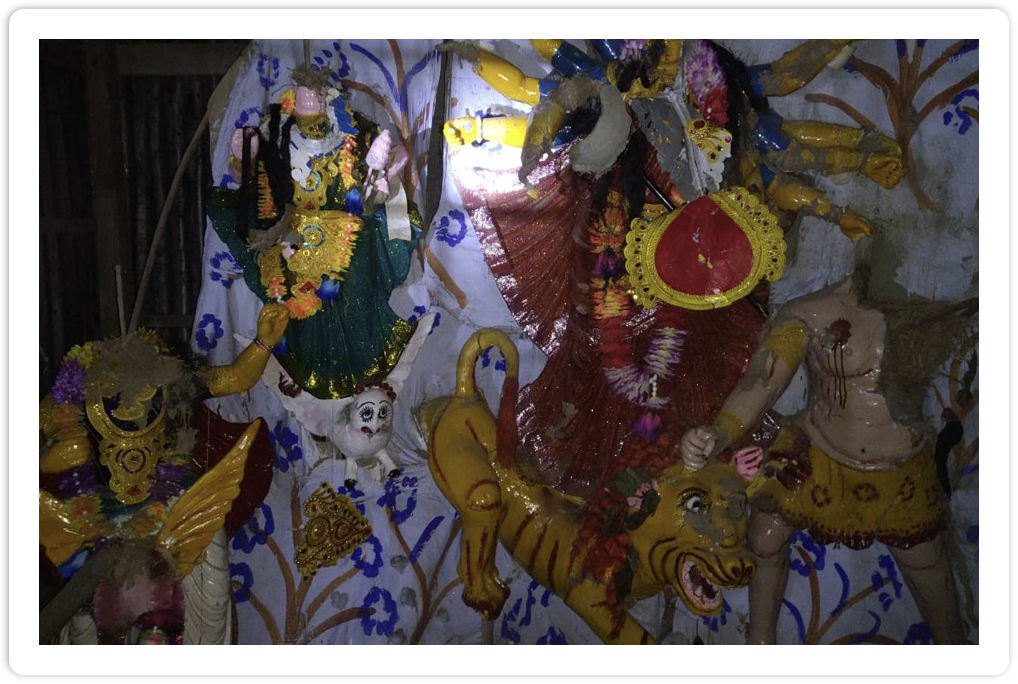 Chittagong, Chittagong division of Bangladesh
After the Juma prayers (Friday prayers) in hundreds of Islamists marched out of the Shahi Jama Masjid and attacked Hindus at the Hindu puja venue at Anderkilla. Soon after the incident, they departed the site amidst inaction by the Bangladeshi police.

Noakhali, Chittagong division of Bangladesh
An innocent Hindu devotee is slain in Noakhali’s Begumganj upazila after a Islamic mobs attacks Hindu residences. According to ISKCON authorities, a 500-strong mob first vandalised a Durga Puja pandal adjacent to the temple in Noakhali in Bangladesh before attacking the devotees in the ISKCON temple. 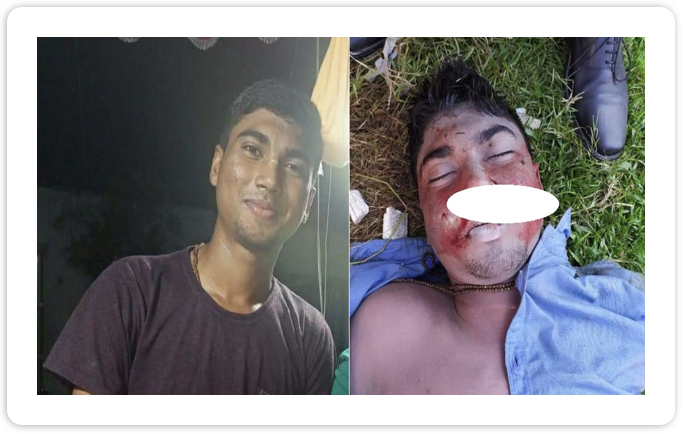 Munshiganj, Dhaka division of Bangladesh
In the early hours of the October 15, 2021. Islamic radicals vandalised six idols at a Kali temple in Sirajdikhan upazila, Munshiganj.

Noakhali, Chittagong division of Bangladesh
On Saturday morning, the body of Pranto Das, 20, was discovered in a pond near the ISKCON temple in Begumganj Upazila’s Chaumuhani.  As per Kishor Ray, the president of the Hindu, Buddhist, Christian Unity Council’s Noakhali branch,  Pranto was killed by Jihadis during Friday’s temple attacks.

Rangpur, Rangpur Division of Bangladesh
Jihadi mob loots and sets fire to Hindu homes in a village in Rangpur’s Pirganj upazila in the middle of the night after seeing a post on social media that purportedly insulted Islam.

Rangpur, Rangpur Division of Bangladesh
During the attack, 65 Hindu homes were set ablaze, according to local Union Parishad Chairman Md Sadequl Islam. “The attackers were members of the Jamaat-e-local Islami’s units and its student wing, Islami Chhatra Shibir”. 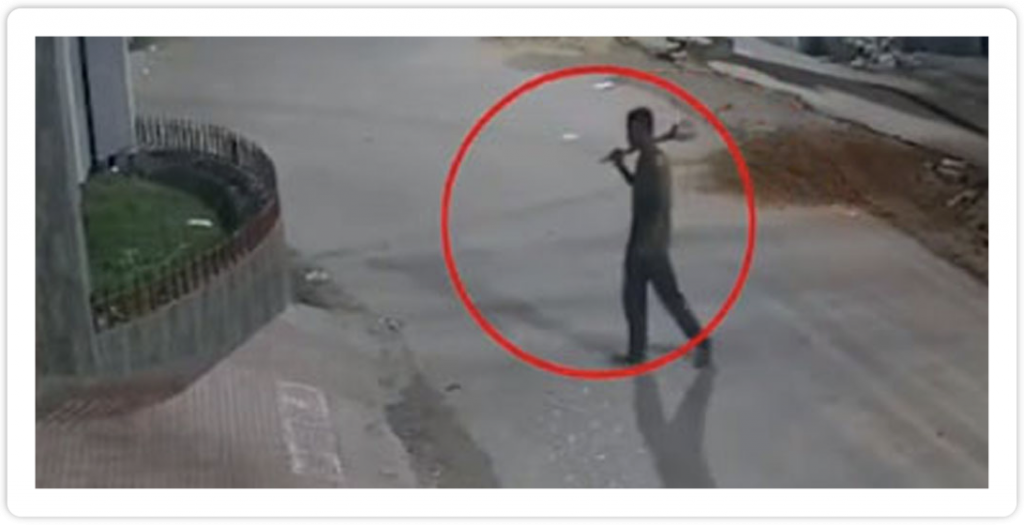 It in a series of targeted attacks on Hindus.  From the week commencing October 13, 2021 till date (October 20, 2021) two (2) innocent Hindus have been mercilessly killed by Islamic radicals. More than one hundred fifty (150) Hindu homes have been set on fire, one hundred one (101) Hindu temples have been vandalized, and one hundred eighty-one (181) pandals (makeshift prayer halls) have been destroyed by violence. In addition, Hindu women and girls have reported rapes, hundreds have been injured, and thousands of Hindu businesses and shops have been closed, looted or set ablaze across Bangladesh.